Top 5 reasons why you should own an iPhone

Even though they are high-priced, there are still a lot of reasons why you should have one of your own. Not minding the hype and adverting, you will realize that this is a really efficient cell phone with a lot of extremely functional built-in features. You get more than a cell phone with an iPhone. Outlined here are some of the top 5 reasons why you should own an iPhone.

[dropcap style=”font-size: 45px; color: #EF597B;”] 1 [/dropcap] First of all, it’s quite a functional device. With an iPhone, you get a lot of other interesting features other than high quality phones calls. An iPhone can also serve as an MP3 Player, PDA, navigator, camera, and a mini computer besides, you can switch from one application to another with ease and without requiring a cumbersome keypad which really for most individuals.

[dropcap style=”font-size: 45px; color: #FF6D31;”] 2 [/dropcap] Another reason is its touch screen which is quite sensitive to touch. With finger taps and drags across the screen, you can input your commands into the phone for execution. It is without the awkward keypad or stylus. All you need is right there on your fingertips, you just have to tap or drag as the case may be.

[dropcap style=”font-size: 45px; color: #73B66B;”] 3 [/dropcap] The third reason is the entertainment it promises. With an iPhone, you get the options of choosing between several options when it comes to available memory, based on the model you choose to buy. This allows you to download and save a large amount of music, videos and TV shows. With an iPhone, you don’t need to carry an extra MP3 player; your iPhone can serve as one. You may even decide to connect stereo headphones to your phone through their Bluetooth technology. With an iPhone, you won’t lack contents as you can obtain MP3 files from a lot of places. You could also visit iTunes to download a lot of contents such as videos and music for your iPhone. You should never get bored with so much content available to you.

[dropcap style=”font-size: 45px; color: #FFCB18;”] 4 [/dropcap] The fourth reason borders on the communications capabilities of the iPhone. With just a few taps, you can send a text message to one or a lot of people with ease. You could download any contact manager of your choice to enable you organise your contacts well. In fact, iPhone makes keeping and staying in touch quite an easy task. Your options to talk, chat, text or email are effortlessly within reach sp that you never have to be concerned about being unable to find an important contact. This could easily be said to be one of the best reasons to have an iPhone of your own as it’s quite a valuable device for keeping in touch.

[dropcap style=”font-size: 45px; color: #29A2C6;”] 5 [/dropcap] Finally, the fifth reason is its camera. The smartphone comes with an excellent camera which is always ready for use. With just a few taps and drags, you can share your pictures with all your contacts. The picture quality of a picture taken by an iPhone camera is simply awesome in comparison with other cell phones. So, for individuals with interests in digital photography or for any one who just wants to give it a try, go for an Apple iPhone. The potentials of how to use the camera are limitless and the only limitation you may have is the space left in the iPhone’s built-in memory and your creativity.

These are my top 5 reasons why anyone should own an iPhone. This list may not appeal to your logic. Ultimately, the iPhone is quite a useful and sleek device that complements your dressing as well as offering you stupendous ease of use and functionality. In the world of smartphones, I believe this is the one standard you should go for and stick with. When you consider the features and functionalities this compact device offers, then you will know why this phone has gained such popularity.

Souce: The New York Times: An iPhone’s Journey, From the Factory Floor to the Retail Store

How Apple Changed the World of Smartphones

Brand loyalty is never more important to consumers than when buying a car, choosing between Coke and Pepsi, or upgrading a smartphone. Whether you are a hyper-loyal iPhone user or you prefer an Android or other device, there is one admission that we all, as smartphone users, must make. Apple’s original iOS, and the interface and environment that it existed within, laid the necessary foundation that allowed the rest of our future mobile and smartphone devices to propagate and thrive.

Before you jump ship, this is not a fanboy love letter to Apple and the iPhone, but rather an engaged look at how Apple’s first iOS altered the smartphone culture and where the future of that now present culture is headed.

A lot of big changes and industry-altering innovations come as a result of a void needing to be filled. In 2007, there certainly existed one of these voids in the smartphone world. At this time, mobile devices had a lot of the same utilities and capabilities as our present ones. Sure, the app boom had yet to crest the horizon, but they were able to perform all of the necessary functions: e-mail, text messaging, web browsing, calendars, solitaire, video, etc. In other words, everything we need our smartphones for, they were capable of doing it.

The issue was how they did it. Whether it was BlackBerry’s track ball, the scroll wheel or a stylus, every proposed innovation was typically overshadowed by its own drawbacks. For instance, the stylus created an almost touchscreen-like interface that made moving from application to application much smoother, but they had the immediate drawback of being easy to lose or misplace. The void began to grow as smartphones got smarter and smarter, but devices and their interfaces remained clunky and rifled with drawbacks.

Enter the OS X or, How Apple Changed the World of Smartphones

The very first iPhone operating system was, at the time, named the OS X, before later adopting the iOS label that Apple now uses.

Read the full story on smallbiztrends.com 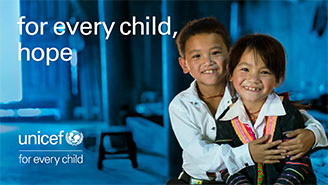